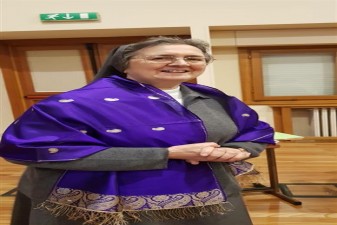 Hyderabad, Jan. 6. Hyderabad-The Youth Ministry wing of the Salesian Province of St Joseph,Hyderabad organized the Annual Youth Fest at BIRDY from 4th to 5th January 2020. It was headed by the Youth Director, Father Raja Donthi and the BIRDY Community with his assistants Brother Thumma Pradeep and Brother Gollapalli David Sundar from Shillong

The theme ''Youth in Nation Building'' encouraged young voices to speak out on relevant issues pertaining to our times its objective was to hear the voices of youth, and encourage the youth to engage with public issues, understand the common man's point of view, form opinion and express it in an articulate manner and develop and enhance decision making abilities for the development of the society.

Father Santhiagu Thomas, vice provincial, Father Bokkala Rayappa, the Rector, BIRDY, Father Sudhkar Bellamkonda, Director BSK, other members of Provincial House and Birdy along with the lay collaborators and sisters were present on dais at the inaugural session on 4th January 2020 at the Vechhi Hall, in the Don Bosco Shrine premises.

The Vice Provincial, Father Sanatiagu sdb shared the idea of youth becoming the voice of India in his message. The fest was conducted at Vecchi Hall on the first day and in the lawns of BIRDY on the second day wherein 430 youth from Salesian houses of Andhra and Telangana and also from the Salesian Sisters were heard through walking in and actively participated in it.

The Two day youth fest consisted of sessions, group discussions, spontaneous and creative interventions by the youth in the form of songs, dances, poems, personal sharing and cultural evening. Similarly, a Holy Eucharist was celebrated on the second day at 7.00 am by Father Thathi Reddy, Provincial, Salesian Province of Hyderabad. Father Provincial spoke on the theme youth as light of the world. He told that a light in the dark has an attracting effect and gives direction. There is a reason for the saying: ''Where there is light, there is life''. Thus, youth serve as a light for others that gives others safety, direction and life.

At the end of two days, more than 6 events were held and it was awesome to see the 430 youngsters filled with liveliness, joy, and enthusiasm along with entertainment and fun, sharing, making new friends and socialization. The feedback was collected from the youth with regard to the Youth Fest 2020 and the response was pretty positive and good.

The presidential address was delivered by Father Santiagu Thomas, Vice Provincial in which he stressed that youth are a nucleus for the nation and he encouraged them to take lead by leading others in the right path as true citizens.